Before planting anything, take that topsoil temperature 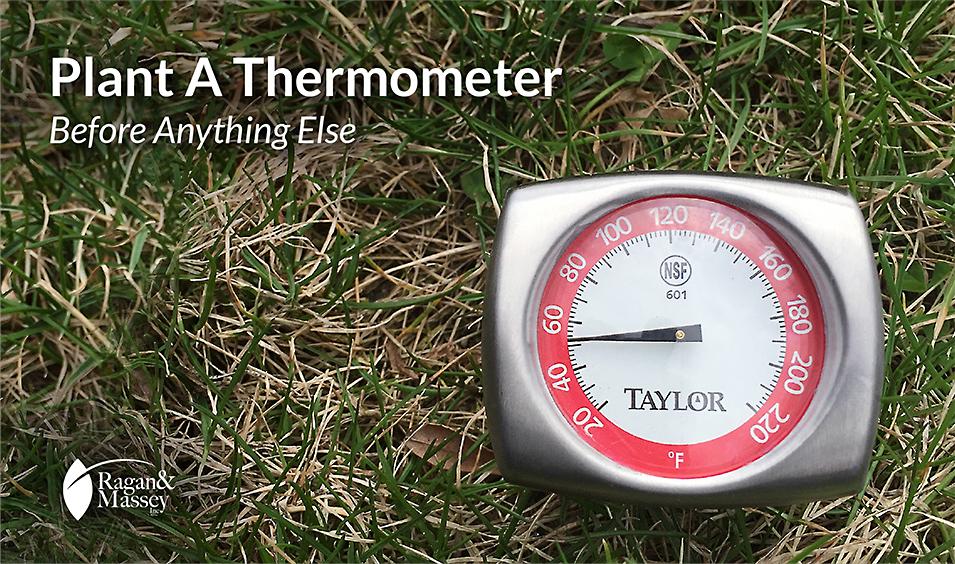 With spring firmly entrenched, the outside temperatures are rapidly rising. But that doesn’t necessarily mean that your soil is quite done hibernating. To ensure the success of anything you plant, we recommend getting out in the dirt and taking its temperature. It’s easier than you think!

Get your hands dirty

Optimum soil temperatures are a vital part of the plant germination process and serve as a lifeline to the plant through full maturity. The temperature measured in the first four inches below ground level is called the topsoil temperature. This is the critical temperature to know before planting, and measuring topsoil temperature is not as complicated as you might think. In fact, you might have what you need in the kitchen right now in the form of a simple meat or candy thermometer. Just make sure your meat thermometer can measure temps as low as 40 degrees.

Here’s how to use your handy kitchen option. Push the thermometer into the ground so that at least four inches of the probe is below ground. Keep it in the ground for at least five minutes and then read the temperature gauge. If the soil is below 45 degrees, it’s too cold for planting. Most forage seeds require the topsoil temperature to be 45 degrees or higher to germinate. Turf grass and row crops need the topsoil temperature in the 50- to 55-degree range.

Click HERE for a map of current soil temperatures in the U.S.