Free shipping on orders over $35. See Details
Our area has been severely impacted by Hurricane Ida. Expect delayed shipping times.

Grazing Lands of the USA 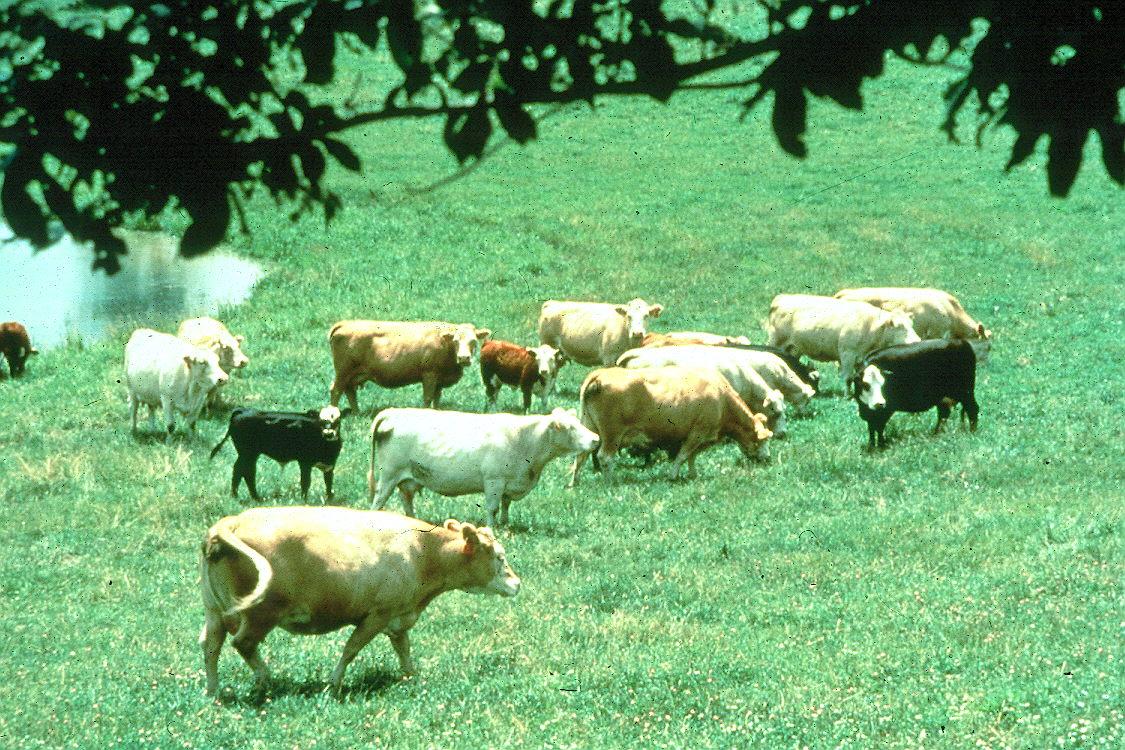 The term “grazing lands” has been used to an increasing extent in recent years among scientists as well as the general public.  The term obviously refers to areas that are, or can be, grazed by livestock, but many people are probably not aware of the various types of vegetation and land that it encompasses.

In a good portion of the United States, domestic forage-consuming animals mainly get their nutrition in the form of pasture forage.  Some people refer to this category of grazing land as “improved pasture” or “tame pasture.”  Interestingly, the majority of the forage crops commonly planted for pasture in the eastern part of the nation (over 50 different ones) are not native species.  It is estimated that there are over 125 million acres of such pastures in the United States.

Rangeland is land on which the “climax” vegetation consists of herbaceous plants, usually primarily native species.  Rangeland includes marshes, some deserts, and various other types of natural grasslands.  In the United States there are over 400 million acres of non-federal rangeland and 250 million acres of federal rangeland, mostly in arid portions of the West. Typically, the forage production per acre on rangeland is low, but forage quality and individual animal performance is often surprisingly good.

On many farms and ranches, livestock have access to forested land along with pastures or rangeland, and in some situations, animals obtain most of their nutrition from forested areas. A land manager may opt to allow grazing in such areas for any of several reasons, but often to reduce unwanted understory vegetation.

The advisability of grazing forested areas varies greatly depending on producer objectives and the type of forest enterprise.  For example, in the Deep South, thinning a pine stand and grazing livestock on volunteer grasses and other plants may benefit wildlife and provide nutrition for domestic animals. Allowing grazing in a hardwood forest is less common, and in most cases less feasible.

Sometimes people establish productive stands of forage species and then plant trees (in the Deep South, usually longleaf pines) at wide spacings in the pastures, thus allowing enough sunlight to reach the ground to obtain good forage production simultaneous with tree production.  This approach offers some attractive benefits, including diversification of enterprises, ample shade for livestock, enhanced wildlife populations, and more even nutrient recycling, but again the feasibility varies depending on the location and situation.

A unique once-in-every-three-years event, the 8th National Grazing Lands Conference, will be held in Myrtle Beach, South Carolina December 6-9, 2021. Some speakers will be university and agency personnel who are grazing lands experts. However, a substantial portion of the presentations will be made by producers who will share their on-the-ground innovations and best management practices. Most of the subject matter will relate to grazing lands in the eastern United States. Persons interested in learning more about the event can do so with a computer search that uses the words, National Grazing Lands Conference.

Foraging Ahead is a column presented by Ragan & Massey and written by Dr. Don Ball, Professor Emeritus at Auburn University. Dr. Ball is one of the authors of the popular book “Southern Forages,” which can be found via a computer search that uses the words, “Southern Forages- The Fertilizer Institute.”